As you may know our beloved Raspberry PI got a nice upgrade with the PI 4B! You will see in the benchmarks below that our Raspi has really improved on all aspects...

So is it worth the upgrade? I compiled the benchmark results I have found around the Net and I'll summarise the performance increase by comparing it to the PI3B+ performance, using percentage to make the comparison even easier. 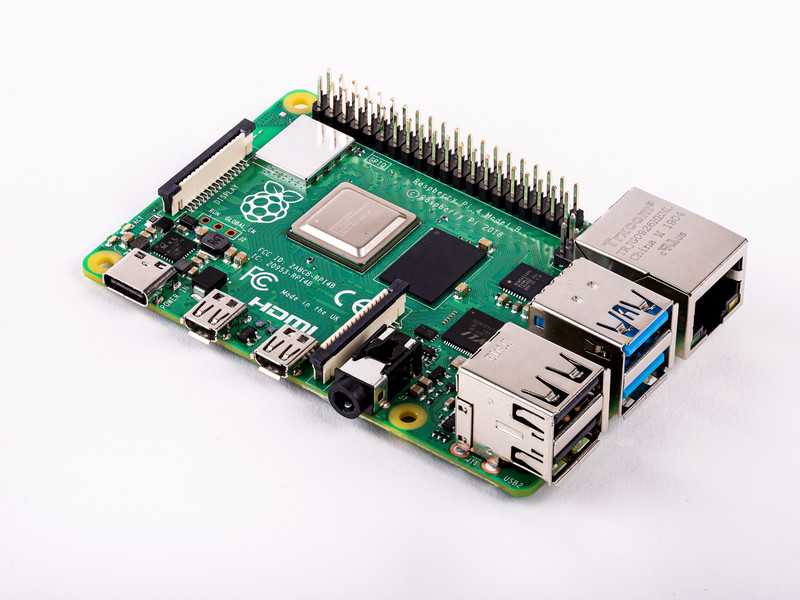 The PI4 CPU upgrade to a quad core Cortex-A72 give an impressive boost as confirmed in benchmarks given by Brian Benchoff , MagPI and Avram Piltch. Below is the increase in percent over the previous generation Raspberry PI3B+:

So it seems that new CPU is a lot better on floating point operation.

I've tried to find nbench results for the PI4 without success. For the record, results on my PI3B+ are:

If you're interested in Machine Learning you'll also find that the new PI4 with a Coral USB gives better results in image recognition, than the Coral Dev board. 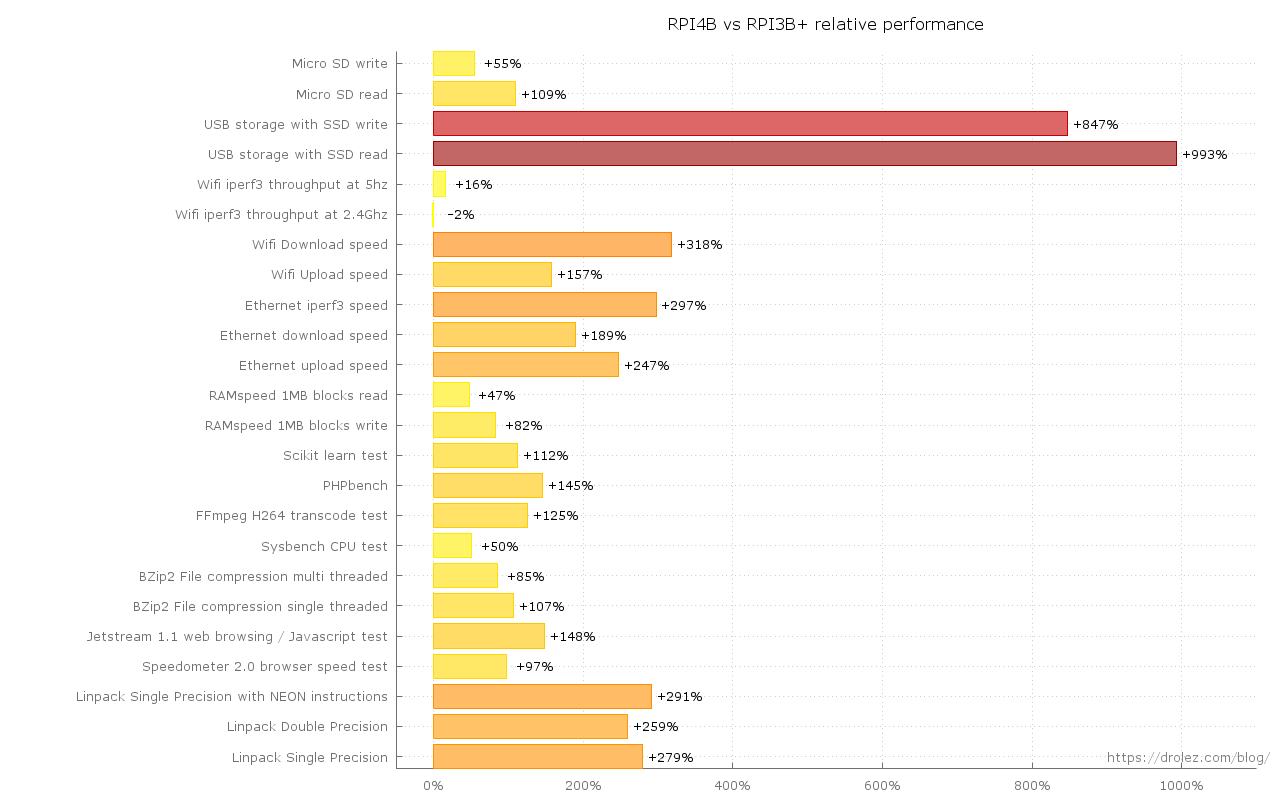 Thanks to the move from LPDDR2 to LPDDR4 2400, the theoretical available RAM bandwidth has increased threefold. Brian Benchoff confirmed a large improvement in RAM bandwidth, nearly twice on RAM writes:

You'll note some contradictions in the Wifi numbers above. I think that the test conditions were not the same in upload/download tests, and that the iperf3 numbers are the right ones.

Thanks to the USB3 ports, it is now possible to use the PI4 as a small NAS server with a tenfold performance increase, as noted by Brian Benchoff

Gareth Halfacree also benchmarked the MicroSD port with a 64GB Samsung Evo Plus microSD XC, and found a nice improvement over the old Raspberry PI3B+:

So yes, the new PI4 performance/price ratio is on top, outperforming the PI3B+ and many other clones. I will surely use it in my new Domoticz installation!

• Raspberry PI 4 benchmarks: How does it compare to the PI3B+

• My review of the Amazfit Bip smartwatch

• How to crack password hashes in the cloud on the cheap

• The Future is Solar

All pages and graphics are copyrighted. copyright © 1998-2018 Ludovic Drolez | Design based on: HTML5 UP